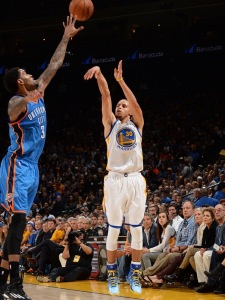 Stephen Curry has been central to Under Armour’s recent growth, and one analyst has pegged an astronomical estimated value of the NBA star to the apparel maker. In a mostly-bearish note by Morgan Stanley analyst Jay Sole, he makes a case that Under Armour ua is currently overvalued. He’s the only tracked analyst who put…

As a former athlete I can attest to the points made in this article.

Excerpted from Not a Game: The Incredible Rise and Unthinkable Fall of Allen Iverson by Kent Babb. Published by Atria Books. Book can be purchased online at Amazon.

There he went, house to house, hoping he would find the little shit. It was Sunday evening, the sun setting in coastal Virginia, and Mike Bailey’s patience was eroding by the second. He should have known better. No doubt about it now.

Sorry, Coach, you just missed him.

Bailey was the basketball coach at Bethel High School in Hampton, Virginia, a city on a peninsula that juts into the Atlantic Ocean, and after two decades he was familiar with the maze of teenage psychology. Now he was seething, played like a fool by a kid. These were the kinds of things that made him distrust Iverson, Bailey thought to himself, practicing what he would… 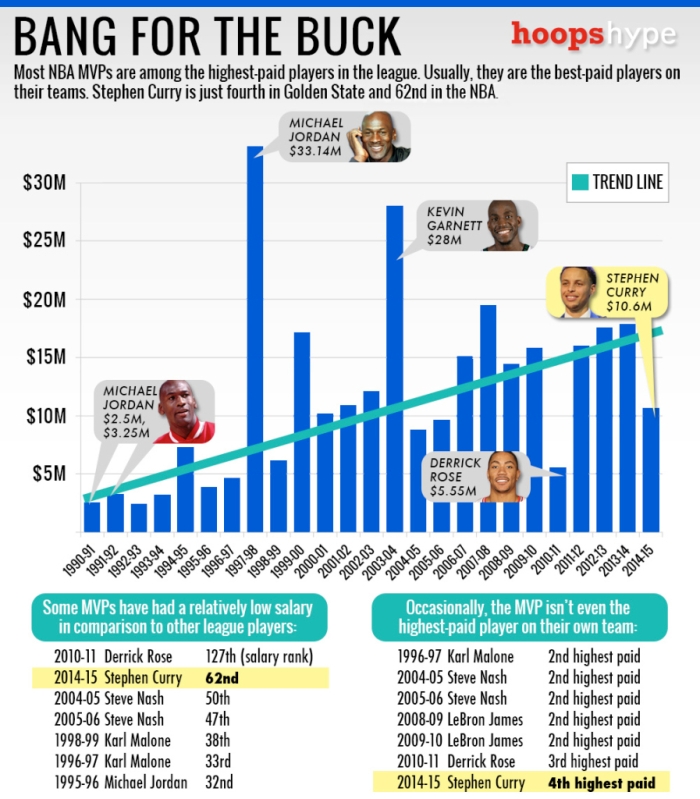 When Stephen Curry signed his contract extension with the Golden State Warriors in 2012, it looked like a reasonable deal for both sides. A pretty good player with star potential, but also constant ankle problems landing a four-year, $44 million deal? Sounded about right.

That was in 2012, though. Given his recent play, Curry’s contract has to be considered one of the biggest bargains in the NBA lately. The MVP of the the 2014-15 made less money than 61 NBA players last season and was actually just the fourth highest-paid of his team.

Take a look at the graphic above and the table below to see how he stacks up financially with previous NBA MVPs.